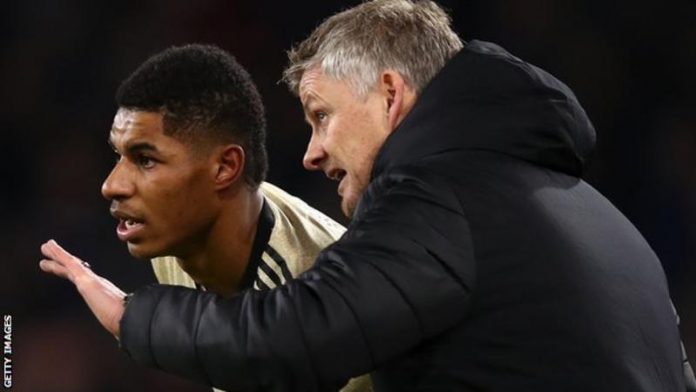 Manchester United manager Ole Gunnar Solskjaer says he is not concerned about his attacking options, with Mason Greenwood’s development compensating for the loss of Romelu Lukaku.

Lukaku scored 42 goals in 96 United games but joined Inter Milan in August. “We always believed Anthony Martial and Marcus Rashford were going to score goals but Mason has filled a big void,” said Solskjaer. “I’m not worried about goals from centre-forwards.”

Greenwood, 18, has scored eight goals in 22 first-team appearances this season, with the majority of his playing time coming as a substitute.

United were heavily linked with Red Bull Salzburg striker Erling Braut Haaland before the teenager agreed a switch to German side Borussia Dortmund on Sunday.