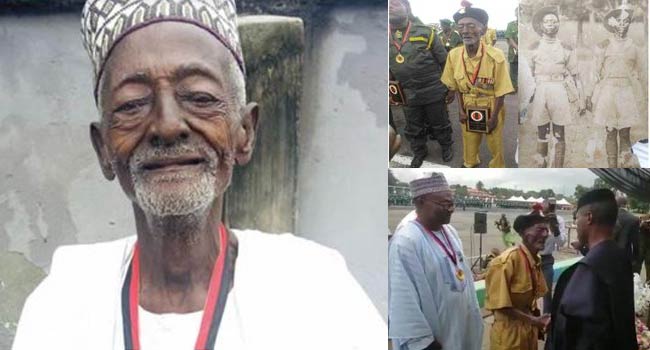 The oldest surviving soldier of the Nigerian Army, Pa Adama Aduku is dead. The World War II veteran died on Tuesday at age 101. The news of his death was announced on Wednesday by the Nigerian Army on their official Twitter handle, @HQNigerianArmy

According to the post by the Nigerian Army, his death was announced by one of his relations on the Whatsapp platform of the Director Defence Information Defence Headquarters news platform early this morning. Born 1918, to a peasant farmer at Abejukolo-Ife, at Omaha Local Government Area of Kogi State, Aduku joined the army in 1945.

Aduku, on December 31, 2018, was presented with an award of excellence by Vice President Yemi Osinbajo, given to him by the Nigerian army.

Security Agencies hit criminals with the language they understand – Dingyadi

Yoruba Nation Rally: We are here to ensure the protest is...