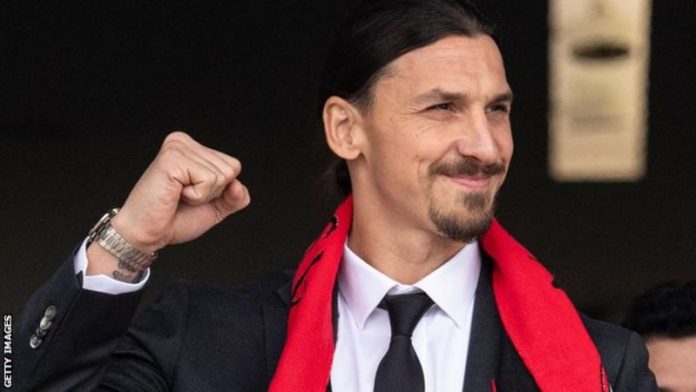 Zlatan Ibrahimovic says he “never lost his passion” for AC Milan and did not rejoin to the club “to be a Rossoneri mascot”. The 38-year-old has signed a six-month deal with the Serie A side, with the option for another season.

The former Sweden and Manchester United striker scored 42 goals in 61 league games in his previous stint at the club from 2010 to 2012. “I know what I have to do. Zlatan is still here,” he said on Friday.

Ibrahimovic, who was a free agent after leaving Major League Soccer side LA Galaxy in November, said he received “more offers at 38 than when I was 20”. “I’ve been looking for one final rush of adrenaline to give it my all,” he said as he marked his return to the Rossoneri.

“I received even more calls after the game against Atalanta [which Milan lost 5-0].