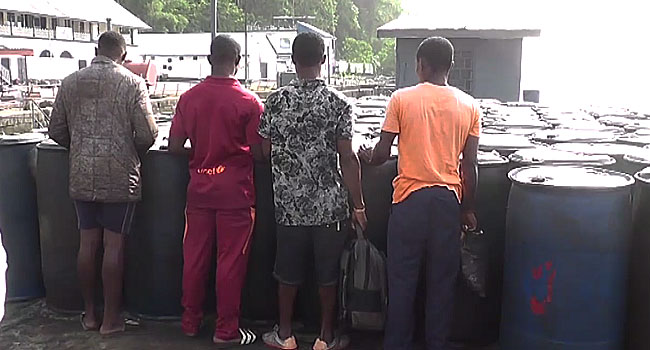 This was disclosed on Thursday at the handover ceremony which held at the Nigerian Navy Ship Victory’s jetty in Calabar, the Cross River State capital.

According to the captain of the Nigerian Navy Ship Victory, Mohammad Umaru, who represented the commander, the interception was made possible by efforts of an active surveillance team.

The products according to him, were valued at over N15 million and were headed for Cameroon.