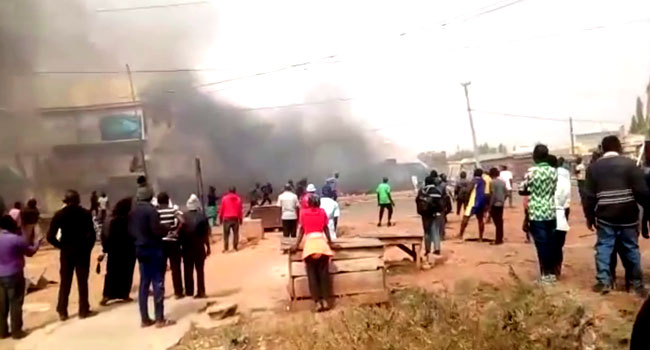 At least three people were killed and several others injured when an illegal gas plant caught fire and exploded on Saturday in Kaduna State. The incident occurred at the Sabon Tasha area of Chikun Local Government Area of the state, a few kilometres away from the Kaduna refinery.

Among the casualties was a university professor who came to have a haircut at a barbing saloon near the gas plant. The don was caught in the inferno while eyewitnesses at the scene said that some of the bodies were burnt beyond recognition. The disaster was said to have occurred in the afternoon when operators of the retail gas plant were dispensing gas to customers.

There was, however, a massive explosion due to a leakage which resulted in the fire outbreak and was quick to spread to nearby shops in the area. Hours later, the Commissioner for Internal Security and Home Affairs, Mr Samuel Aruwan, visited the scene alongside the Director of the State Fire Service, Paul Aboi.