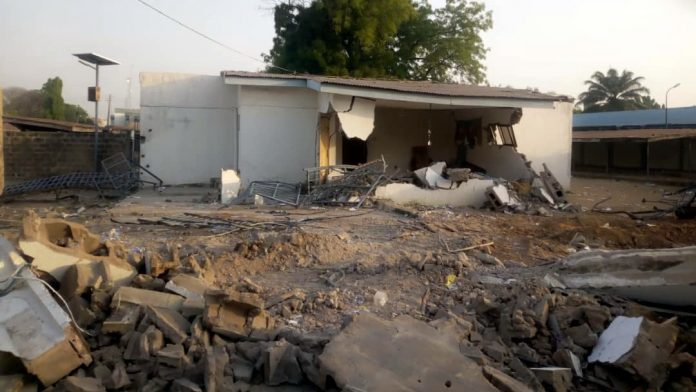 The Kwara State Government says it will soon revoke more properties that are found to be illegally acquired. The chairman of the committee on the review of the sales of government properties, Senator Suleiman Ajadi, said this on Sunday while addressing journalists on the demolition of the Saraki Property by the state government.

Ajadi noted that the committee which was established to look into the sales of government properties from 1999 to date has recommended some properties to be taken over by the government. According to him and contrary to the belief in some quarters, the Saraki property known as Ile Arugbo did not have any documents.

He added that the committee which submitted its report four months ago discovered that no application nor payment was made in respect of the land in question. Before the demolition, the Saraki family house was used as a venue for political meetings when the family held sway over the Kwara Government.

Policemen, numbering about 50 were said to have gone to enforce the action at about 3:00 am on January 2 but were initially resisted by some the old women. They later returned at about 4:00 am when the structure was eventually pulled down.

Dissolution of Ekiti PDP exco tyrannic, will be challenged in court...