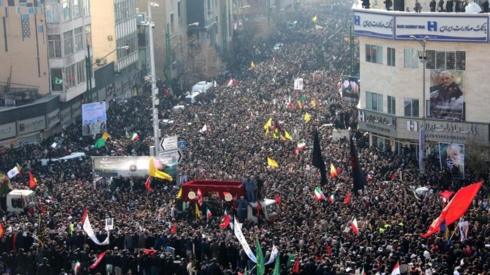 Huge crowds have packed the streets of the Iranian capital Tehran for the funeral of Iranian military commander Qasem Soleimani. Soleimani was assassinated in a US drone strike in Iraq on Friday on the orders of President Donald Trump.

Iran’s Supreme Leader Ayatollah Khamenei led prayers and at one point was seen weeping. Iran has vowed “severe revenge” for the death of Soleimani and on Sunday pulled back from the 2015 nuclear accord.

Soleimani, 62, headed Iran’s elite Quds Force, and was tasked with protecting and boosting Iran’s influence in the Middle East.

Health sector yet to be properly equipped despite COVID-19 pandemic –...

NBA wades into case of Kano musician sentenced to death for...