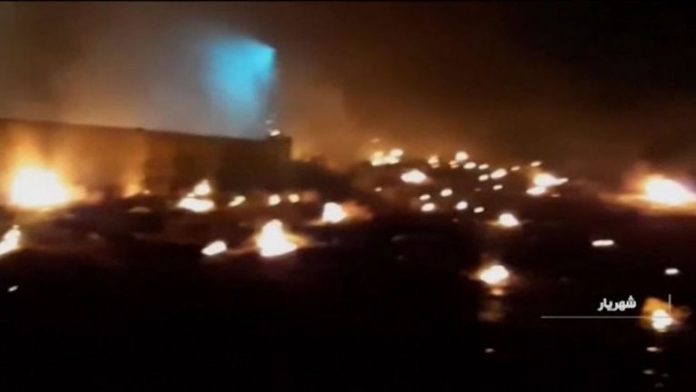 A Ukrainian Boeing-737 with more than 170 people from seven countries on board has crashed in Iran. Iran’s Red Crescent said there was no chance of finding survivors. Ukraine International Airlines flight PS752 to Ukraine’s capital Kyiv crashed just after taking off from Iran’s Imam Khomeini airport in Tehran at 06:12 local time (02:42 GMT).

Ukraine’s embassy in Tehran said engine failure caused the crash and there was no link to terrorism. “According to preliminary information, the plane crashed as a result of an engine failure for technical reasons. Currently, the version of a terrorist attack is ruled out,” the embassy said on the Ukraine Foreign Ministry’s website. Among the victims were 82 Iranians, 63 Canadians, 11 Ukrainians including all the crew, 10 Swedes, four Afghans, three Britons and three Germans, Foreign Minister Vadym Prystaiko said.

Ukraine’s President Volodymyr Zelensky said he was cutting short a trip to Oman and flying back to Kyiv. He warned against “speculation or unchecked theories regarding the catastrophe” until official reports were ready. “My sincere condolences to the relatives and friends of all passengers and crew,” he said in a statement.