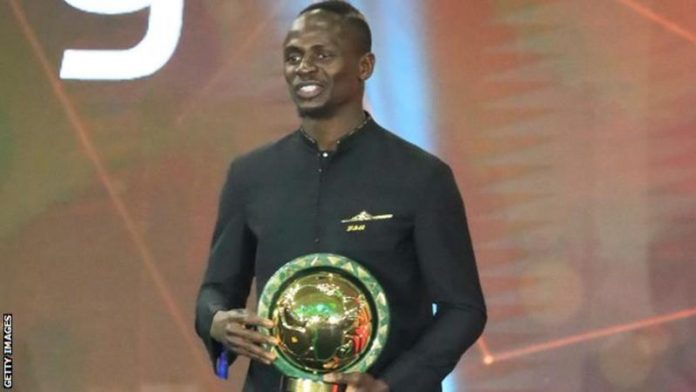 Senegal’s Sadio Mane has apologised for not visiting his homeland before returning to Liverpool after being named the Confederation of African Football’s (Caf) Player of the Year. The 27-year-old striker received the award at a ceremony in Egypt on Tuesday and was due to go to Senegal on Wednesday as part of the celebrations.

A ceremony had been organised at the Museum of Black Civilisations in Senegal’s capital Dakar, with the country’s president Macky Sall due to attend. However Liverpool explained that “travel disruption beyond both his and the club’s control” had meant he was unable to make the visit and would now do so “at the earliest possible opportunity”.

“I am of course very happy and proud to win this award and I want to dedicate it to everyone who has helped me on my journey from the very beginning,” Mane told the Liverpool website. “It was my plan to first fly to Senegal to thank the people of my country and recognise them for everything they have given me on my journey, but unfortunately we were unable to make the visit.

Kagara Abduction: We are interfacing with locals to ensure safe release...