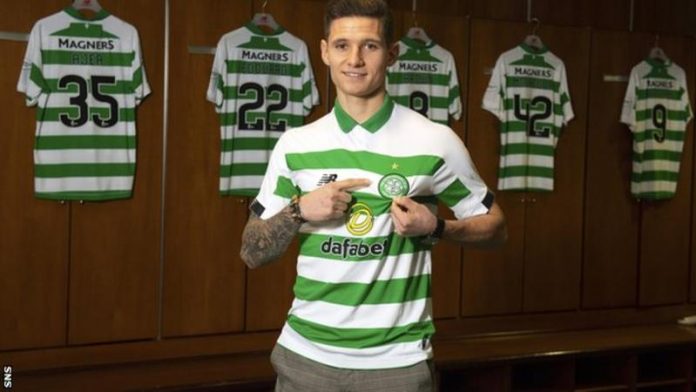 Patryk Klimala is relishing the challenge of proving himself at “a huge club in Europe” after signing for Celtic on a four-and-a-half year deal. The Poland Under-21 striker joins for a reported £3.5m fee after seven goals in 18 appearances this season for Ekstraklasa side Jagiellonia Bialystok.

Klimala, Celtic’s first signing of the January window, eases the burden on main striker Odsonne Edouard. “It’s a big moment for me and I’m very excited,” the 21-year-old said. “The last 24 hours were intense. I was waiting for the decision to be finalised so I could finally come here and meet everyone.

“I had the chance to see the stadium and I felt the atmosphere. It was amazing. I understand how massive a club Celtic is, but I feel I’m ready for this now. “I’m looking forward to playing for a club with such a big history and I know Celtic are a huge club in Europe. I want to give fans a lot of happiness and hopefully score a lot of goals for Celtic.”

YOUTH GROUPS GIVE A – 7 DAY ULTIMATUM TO PARTY LEADERS