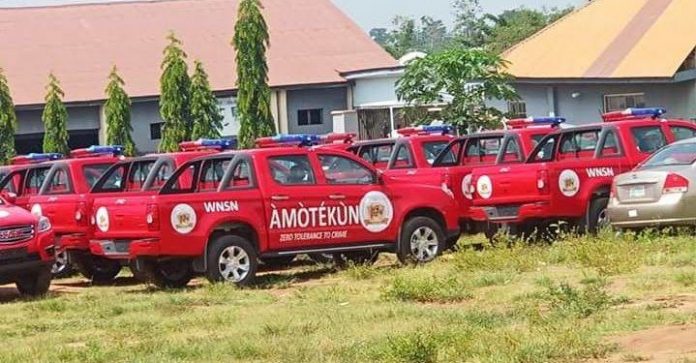 Ondo State Governor, Rotimi Akeredolu has responded to the comments attributed to the Attorney General and Minister of Justice, Abubakar Malami, declaring ‘Operation Amotekun’ as an illegal outfit.

The Governor who alongside his colleagues from other Southwest states, last week, launched Amotekun in Ibadan, the Oyo state capital, added that the governors from the region are yet to meet since the pronouncement from the office of the AGF. “We have not met, but I can assure you that when we meet, we will adequately respond to the position of the AGF.”

Premier League return: Fans on screens and celebration cameras to be...

Police save kidnappers from mob after vigilantes rescue RCCG pastor