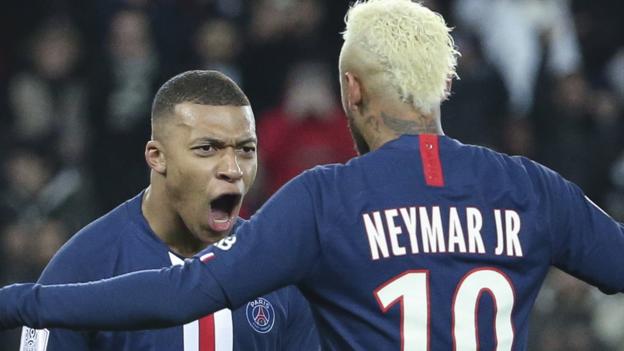 Kylian Mbappe scored twice as Paris Saint-Germain beat Monaco 4-1 in a rescheduled game to move eight points clear at the top of Ligue 1. The two sides had drawn 3-3 at the Parc des Princes just three days ago but PSG dominated this encounter.

Mbappe turned in Angel di Maria’s excellent ball to open the scoring before Neymar converted a penalty. Pablo Sarabia made it 3-0 and, while Tiemoue Bakayoko got one back for Monaco, Mbappe struck again.

The 21-year-old French striker, who played for Monaco from 2015 until 2018, has now scored 13 goals in 14 games, one fewer than Ligue 1 top scorer Wissam Ben Yedder of Monaco.