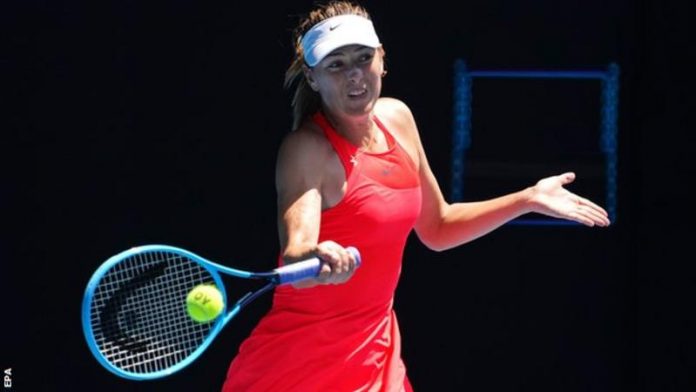 Maria Sharapova is not sure if she will be at the Australian Open next year, with a first-round exit meaning she is set to drop out of the world’s top 350. The five-time Grand Slam champion, who won at Melbourne Park in 2008, lost 6-3 6-4 to Croatian 19th seed Donna Vekic.

It was only the Russian’s second competitive outing since September’s US Open because of a shoulder injury. Asked whether this might be her last appearance at the tournament, she said: “I don’t know. I don’t know.”

The 32-year-old, who was given a wildcard, added: “I was fortunate to get myself to be here and thanks to [the organisers for] allowing me to be part of this event. “It’s tough for me to tell what’s going to happen in 12 months’ time.”

This was the former world number one’s earliest exit at the Australian Open since 2010 and she has now gone out in the first round in her past three Grand Slams. “I put myself out there. As tough as it was, I finished the match and it wasn’t the way that I wanted,” she said.

WHY ELECTIONS ARE INCONCLUSIVE – INEC CHAIR