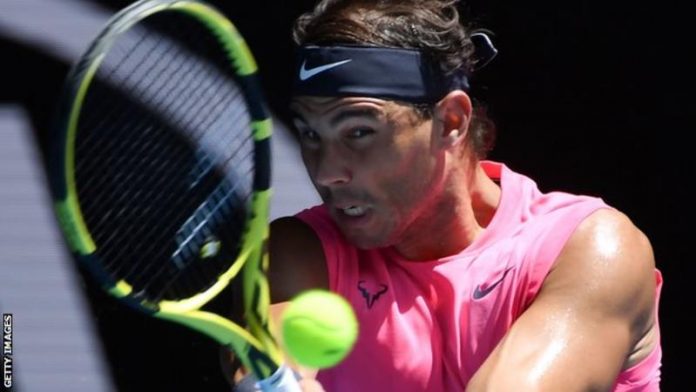 World number one Rafael Nadal cruised into the Australian Open second round with a straightforward victory over Bolivia’s Hugo Dellien in Melbourne. Nadal, champion in Melbourne in 2009, dropped just five games in a 6-2 6-3 6-0 win over his 72nd-ranked opponent.

The Spaniard, runner-up last year, is bidding to equal Roger Federer’s record of 20 Grand Slam men’s singles titles. He will play either Federico Delbonis of Argentina or Portugal’s Joao Sousa next. Nadal has reached the Australian Open final five times but won it only once, beating Federer in a five-set epic 11 years ago.

He dropped serve twice against Dellien but barely looked troubled, hitting 38 winners to his opponent’s 15. “For me personally it has been a very positive start,” the 33-year-old said. “What you want is to win in the first round and, if you can do it in straight sets, even better.”

Twitter has reached out to us for negotiation, says FG