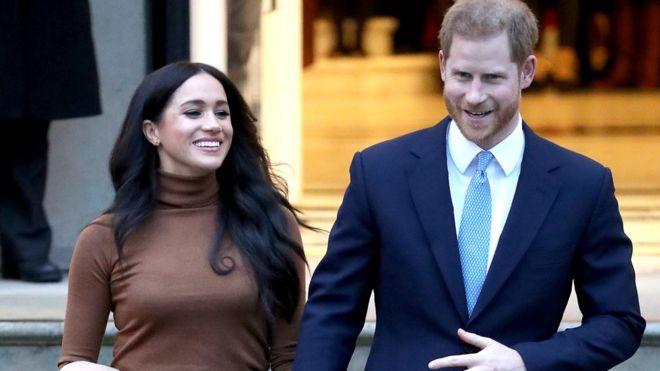 The Duke of Sussex has arrived in Canada as he prepares for a new life away from royal duties. Prince Harry landed on Vancouver Island on Tuesday morning to be reunited with his wife, the Duchess of Sussex, and their eight-month-old son Archie. It comes after the duke said he was “taking a leap of faith” in stepping back as a senior royal, but “there really was no other option”.

From the spring, the Sussexes will no longer be full-time working royals. They will stop using their HRH titles, no longer carry out royal duties or military appointments and no longer formally represent the Queen. The new arrangement was unveiled on Saturday, following days of talks with the Queen and other senior royals including Harry’s older brother, the Duke of Cambridge.

Prince Harry landed in Vancouver on Tuesday morning before travelling to Victoria International Airport on Vancouver Island. The duchess has been staying on Canada’s west coast with her son, after briefly returning to the UK earlier this month following an extended six-week Christmas break on Vancouver Island with Prince Harry.

On Monday, Harry attended the UK-Africa Investment Summit – likely to be one of his last official royal engagements. After holding a number of private meetings – including with Prime Minister Boris Johnson – the duke flew from Heathrow Airport to Canada, BBC royal correspondent Nicholas Witchell said. He has been apart from wife Meghan for more than 10 days, after she flew back to Canada earlier this month.