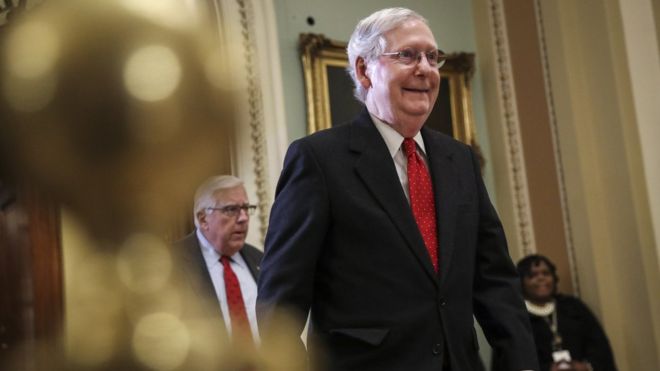 The US Senate has adopted ground rules for President Donald Trump’s impeachment trial after nearly 13 hours of rancorous debate on the first day.

Democratic prosecutors sparred with Mr Trump’s lawyers over the process, while Republicans rejected their demands for more witnesses. The trial will resume on Wednesday with arguments by the prosecution, to be followed by the defence and questions.

Mr Trump is the third US president to undergo an impeachment trial. He is charged with abuse of power and obstructing the congressional inquiry. He denies wrongdoing. Mr Trump is being put on trial after being impeached last month by the Democratic-led House of Representatives.