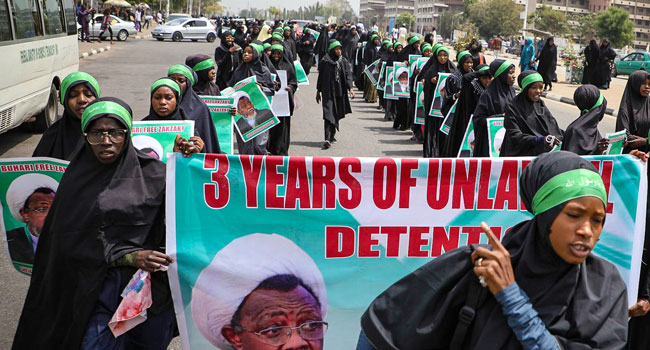 A nongovernmental organization, the Centre for Social Justice, Equity and Transparency (CESJET) has filed a suit at the Kaduna state High Court asking for an order to stop the Spokesman of the Islamic Movement in Nigeria (IMN), Ibrahim Musa, from publishing a book on the December 2015 clash between the group and the Army in Zaria which led to loss of many lives and property.

The group says the proposed book is capable of jeopardizing the ongoing trial of the embattled IMN leader, Sheik Ibrahim El-Zakzaky and his wife. Speaking to reporters shortly after filing an exparte motion at the court, counsel to Centre for Social Justice, Equity and Transparency (CESJET) Edward Omaga, says the Centre views the attempt to publish the book on the alleged massacre of IMN members in Zaria, as an attempt to prove that Ibrahim El-Zakzaky and his followers are not guilty even when he and some of his members are being prosecuted in a competent court for various offences by the Kaduna state government.

The group, therefore, wants the court to stop the IMN spokesman from releasing the book for public consumption at the same time when issues are before the court of law, and more so that the IMN has been proscribed by both Kaduna state and the Federal Government.

Nigeria moves up by 15 spots on World Bank’s ease of...