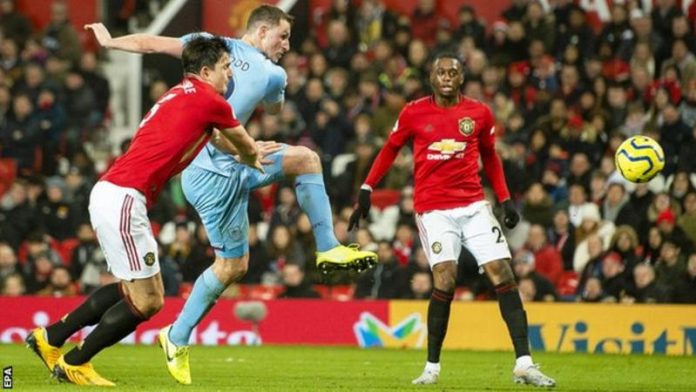 Manchester United were jeered by their own supporters as Burnley registered their first ever Premier League win at Old Trafford. Burnley took the lead just before half-time when Chris Wood spun off Harry Maguire to meet Ben Mee’s knockdown and smash into the top corner from the edge of the six-yard box.

Jay Rodriguez doubled the Clarets’ advantage when he played a one-two with Wood before firing into the top corner of David de Gea’s near post with a venomous strike from the left-hand corner of the penalty area. It was the third season in a row Burnley had gone 2-0 up at Old Trafford, but for the first time they hung on for all three points.

United, who were without the injured Marcus Rashford, were lacklustre for large periods and barely threatened Nick Pope in the Burnley goal. They were booed off at half-time and full-time and large parts of the ground emptied with five minutes left.

Ole Gunnar Solskjaer’s side remain six points behind Chelsea and off the top four, while Burnley climb to 13th, seven points clear of the relegation zone.