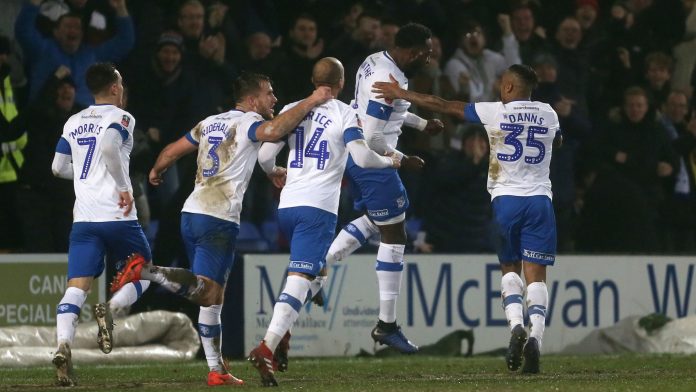 League One Tranmere shocked Premier League Watford in an FA Cup third-round replay to set up a tie against 12-time winners Manchester United. In a game rescheduled from earlier in the month because of a waterlogged pitch, Rovers capitalised on a hugely under-strength Hornets and best navigated a dire, sand-covered Prenton Park surface to finally settle the tie in extra time.

Substitute striker Paul Mullin, who came off the bench to score a late penalty at Vicarage Road and complete a remarkable Rovers comeback from 3-0 down to set up this replay, went one better with a headed winner 14 minutes into the extra 30. The Hornets had come back themselves in normal time, with Kaylen Hinds firing in through a mass of players to level after Emmanuel Monthe had given the home side the lead.

The silver lining for Nigel Pearson’s side is that they will not have to play what would have been a fourth game in nine days in the fourth round on Sunday, and will instead be able to focus all their efforts on avoiding relegation from the top flight.

Tranmere, though, get to do this all over again at the weekend, hosting Manchester United with an even greater shock in mind and on a pitch unlike any other the Red Devils will have played on this campaign.

Minimum wage will be paid from April, 2019 – Ngige