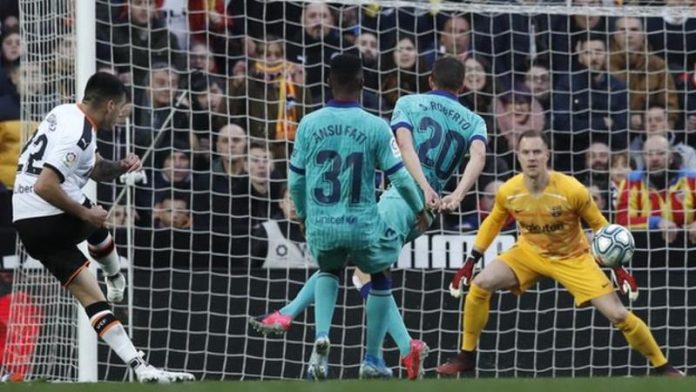 Gomez, who had a first-half penalty saved by Ter Stegen, completed the scoring in the second half. There were unsavoury scenes before the game as rival fans clashed outside the Mestalla Stadium.

Setien had enjoyed a good start to his Barca reign, guiding the club to victories over Granada in La Liga and UD Ibiza in the Copa del Rey round of 32.

The visitors were quick to gain a stranglehold on possession but were almost non-existent as an attacking force in the first half, with Valencia enjoying the better of the early chances.

I will be standing down in 2023, Buhari tells Nigerians in...