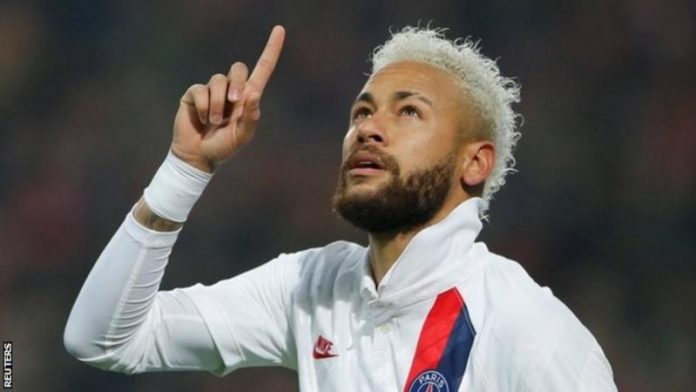 Neymar paid tribute to late basketball legend Kobe Bryant with a goal celebration in Paris St-Germain’s win at Lille. Confirmation of the five-time NBA champion’s death in a helicopter crash came during the Ligue 1 game.

Neymar gave PSG the lead with a 20-yard curling effort in the first half. After scoring a second-half penalty, he held up two fingers on one hand and four on the other, marking Bryant’s Los Angeles Lakers shirt number 24.

The Brazil international, who is a basketball fan and had met Bryant, also bowed and pointed to the sky. He also wrote an Instagram post after the game calling Bryant, who was 41, a legend.

#EndSARS: This movement is also for you, Ooni of Ife tells...

Why I pushed for direct primaries – Gbajabiamila

‘Special seats for women’ bill fails to pass in NASS