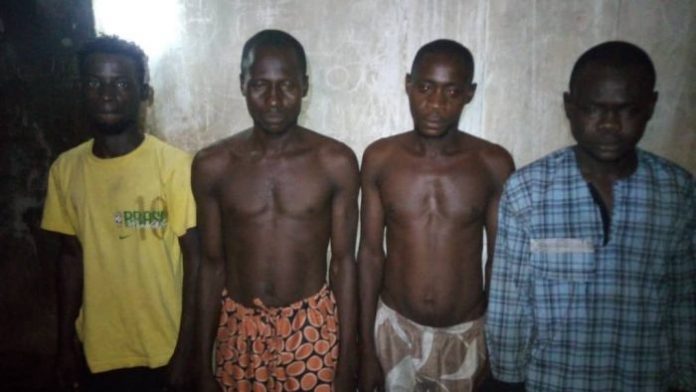 The Lagos State Police Command says it has arrested 86 suspects for cultism and violent attacks in the Ikorodu area of the state. The Police Public Relations Officer in the state, Bala Elkana, stated in a statement that the arrests were made in two batches.

“On 25/1/2020 at about 0600hour, acting on credible intelligence, the Special Strike Force on Social Miscreants established by the Commissioner of Police Lagos State, CP Hakeem Odumosu psc arrested 21 cult suspects at Adamo community, Imota. “The suspects who belong to two rival cult groups, Aiye and Eiye confraternity, mobilised from Emure and Adamo communities to unleash terror on residents of Adamo community and environs,” he said.

Elkana explained that the arrest was carried out in joint operations with operatives from Imota Police Station, Rapid Response Squad, Special Anti-Robbery Squad, and Area N Command. According to him, this is a follow up to the operations carried out at Ijede where 65 cult suspects were arrested.

The command’s spokesman said 11 assorted pistols of different types with a large quantity of ammunition were recovered from the suspects. “The suspects confessed to be responsible for series of violent attacks, murder and armed robbery incidents recorded in Ikorodu area of Lagos State,” he added.

2023 elections will be free of intimidation – Buhari

US Election 2020: Americans choose between Trump and Biden

Governance: Tambuwal charges African Lawyers to fight against arbitrary use of...