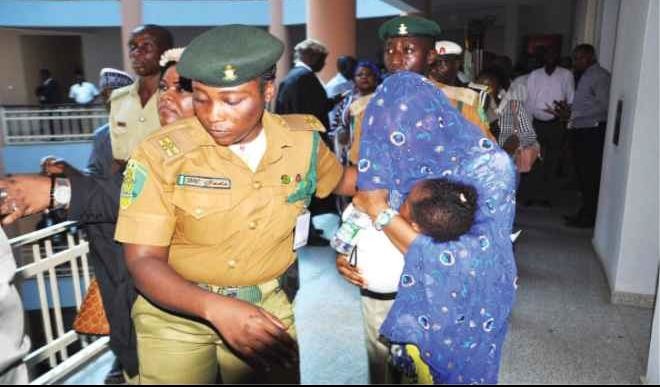 The Federal Capital Territory (FCT) High Court has convicted Maryam Sanda for the death of her husband, Bilyaminu Bello. Justice Yusuf Halilu made the pronouncement while delivering judgment on the protracted trial of Missus Sanda on Monday in the nation’s capital.

Sanda is facing trial over an allegation of stabbing late Bilyaminu to death, son of former National Chairman of the Peoples Democratic Party (PDP), Mr Haliru Bello. In November 2017, the police charged Sanda for culpable homicide and sought a death penalty against the accused on two counts. They informed the court that the killing was premeditated.

According to the charge sheet, Sanda was said to have stabbed her husband with broken bottles at about 3:50am. But the accused who was initially remanded in custody has repeatedly pleaded not guilty to the crime. Her trial centred on a judicial drama that lasted almost three years due to delays, multiple adjournments, and failure of witnesses to appear in court among others.

Nnamdi Kanu sues FG, others over alleged violation of his rights,...

COURT ORDERS SARAKI, OTHERS TO BE REMANDED IN PRISON