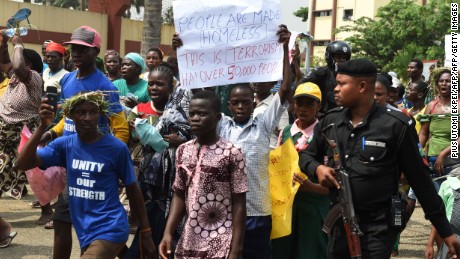 Residents of some slums in Lagos on Tuesday marched the streets of Lagos to the office of the governor in Alausa. They include evicted residents of Tarkwa Bay, Otodo Gbame, among other slums and are venting their grievances over the ongoing demolition exercise along coastal lines.

The advocacy groups said that thousands of people have been displaced in the eviction exercise without any shelter arrangement from the government. They added that hundreds of Tarkwa Bay residents were evicted forcefully and rendered homeless.

Tarkwa Bay, home to at least 4,500 people and a popular location for fun-seekers, is among dozens of communities demolished by the Nigerian navy.

NIGERIAN POLICE TO COLLABORATION WITH THE MILITARY TO FIGHT CRIME

CENSORS BOARD PARTNERS WITH NYSC