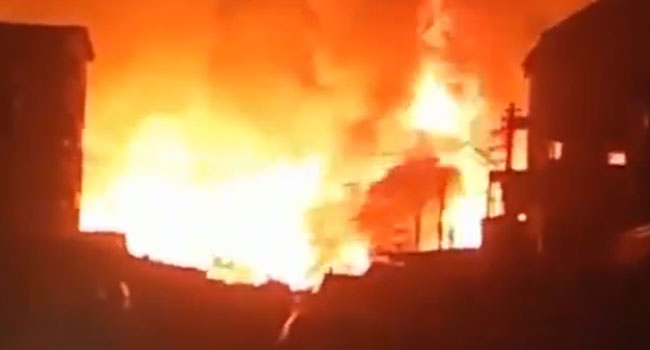 An early Tuesday morning fire outbreak that occurred in the Sabo market of Sagamu Local Government Area of Ogun State has destroyed over 100 shops. The fire reportedly destroyed goods and valuables worth millions of naira.

The inferno started around 1am on Tuesday from the cloth sellers section and reportedly spread to other sections of the market. The cause of the fire was said to be a power upsurge that occurred when electricity was restored by the Ibadan Electricity Distribution Company around 1am.

On the cause of the incident, he said, “It was the electricity they restored that led to a spark around 1am, and if not for the men of the fire service, it would have spread to all the sections of the market.”