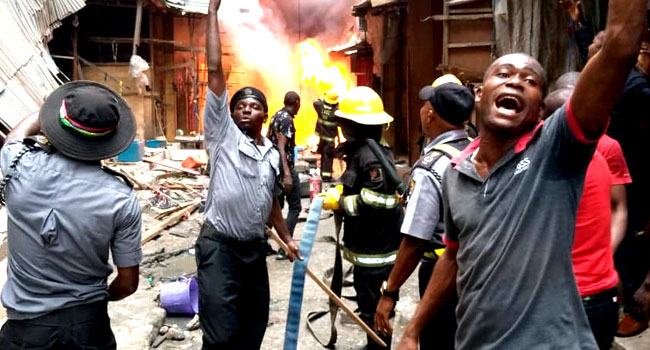 Properties worth millions of naira are feared to have been destroyed in the raging fire at the popular Balogun market in Lagos. The cause of the inferno which broke out on Wednesday morning has yet to be ascertained, as well as the casualty figure in the incident.

At least five buildings, including ‘Anambra Plaza’ were caught in the fire while some traders in the affected buildings threw down their goods through the windows. The buildings are located on Sunny Adewale/ Martins Street in the Lagos Island area of the state.

However, firefighters and officials of the Central Business Districts (CBD) have arrived at the scene and making efforts to put out the fire.