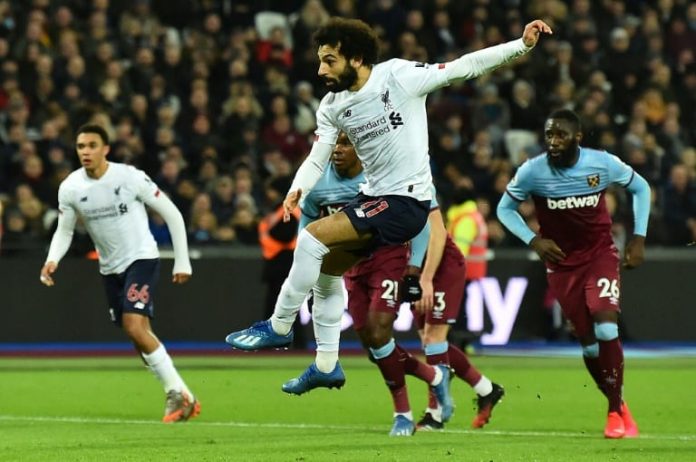 Liverpool manager Jurgen Klopp doesn’t feel as “though anything is done” despite his side reaching 70 points before the end of January and moving 19 points clear at the top of the Premier League.

Mohamed Salah’s first-half penalty and Alex Oxlade-Chamberlain’s second-half effort delivered a 23rd victory in 24 matches for the Reds at West Ham. And their 15th consecutive win also maintained the relentless march towards a first top-flight title since 1990.

However, while Liverpool, who are now unbeaten in 41 league games and could go on to reach several top-flight milestones, Klopp played down their significance. “I’m only happy about the three points,” he said. “Tonight was a normal performance. I have no idea [if anyone will catch us]. The first target is to get the maximum points – there are still a lot of games.

“Yes we have 70 points, an incredible number, but so many things can happen. I’m not too much concerned about records.