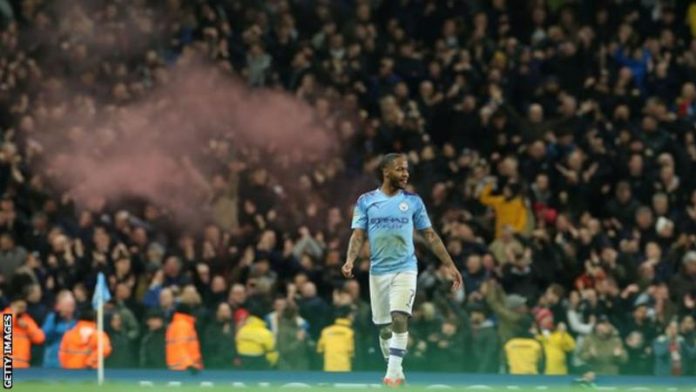 Police say they are working with Manchester City to identify anyone involved in trouble during Wednesday’s EFL Cup semi-final against Manchester United at Etihad Stadium. A 43-year-old man was arrested on suspicion of possession of a flare.

United won the second leg 1-0, but City progress to the final 3-2 on aggregate. City are also looking at CCTV after fans were pictured making aeroplane gestures, in reference to the Munich air crash of 1958. Eight United players were among 23 people killed in the disaster.

After the match, rival fans were also seen throwing seats at each other. Both City boss Pep Guardiola and his United counterpart Ole Gunnar Solskjaer condemned fans after the match. Guardiola described the incidents as “not nice”, while Solskjaer added: “We want rivalry, but keep it at the same level. Let’s make sure we eradicate this now.”