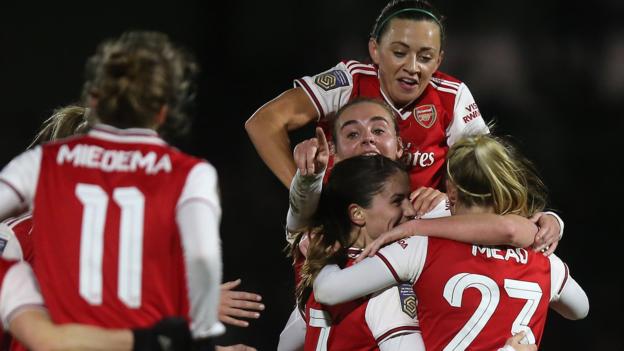 Chelsea reached their first final as Maren Mjelde’s cool second-half finish saw them win 1-0 at Manchester United. The City Ground in Nottingham will host the final on Saturday, 29 February.

The two ties were being played between the top four sides in the Women’s Super League, who all also reached the last four of the League Cup last term.