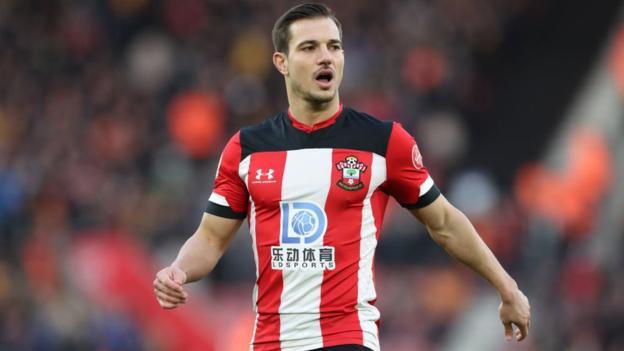 Arsenal have signed Portuguese defender Cedric Soares on loan from Southampton until the end of the season. The 28-year-old has made more than 100 appearances since joining the Saints in 2015.

Cedric has also made 33 appearances for his country, including featuring at the 2018 World Cup and in Portugal’s victorious Euro 2016 campaign. Arsenal’s technical director Edu said Cedric would “provide our squad with quality”.

Edu added: “I know he is a player who plays with absolute full commitment and energy. We are all looking forward to going into the last stages of the season with Cedric as part of the club.”

Cedric, who started his career with Sporting Lisbon, becomes Arsenal’s second addition to the squad during the January transfer window following the agreement of a loan deal for Flamengo defender Pablo Mari.