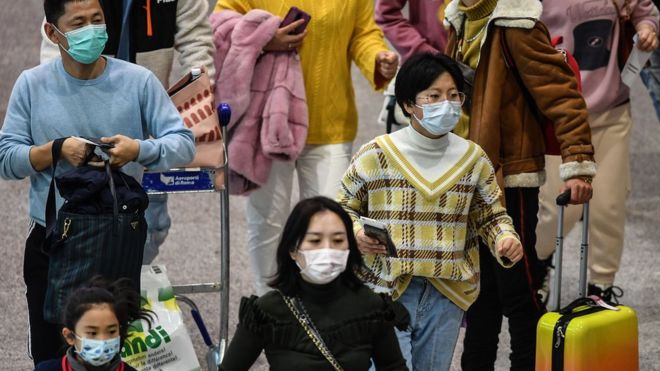 The number of coronavirus cases worldwide has surpassed that of the Sars epidemic, which spread to more than two dozen countries in 2003. There were around 8,100 cases of Sars – severe acute respiratory syndrome – reported during that outbreak.

But at least 9,962 people have been infected with the new coronavirus, which emerged in China on 31 December. The number of deaths stands at 213 – all in China. That is far lower than the 774 people killed by Sars.

On Thursday, the World Health Organization declared a global health emergency over the outbreak. It said there had been 98 cases outside China, but no deaths.

Sanusi arrives in Lagos from Nasarawa