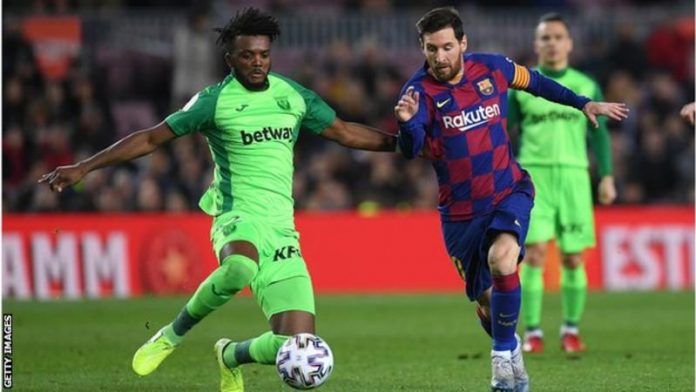 Captain Lionel Messi scored twice as Barcelona progressed into the quarter-finals of the Copa del Rey by thrashing Leganes at the Nou Camp. Barca recovered from their first defeat under boss Quique Setien at Valencia on Saturday by advancing in a competition they have won a record 30 times.

Antoine Griezmann and Clement Lenglet both scored in the first half. Messi then scored Barca’s third and fifth to take his club tally to 623 while Arthur got the fourth. The victory was Messi’s 500th in a Barcelona shirt, and his team join La Liga leaders Real Madrid, holders Valencia, Athletic Bilbao, Villarreal, Granada, Real Sociedad and Sevilla or Mirandes in the last eight.

Elsewhere Mirandes, who sit 10th in the Segunda Division, upset La Liga’s Sevilla and are the only team in the quarter-finals from outside Spain’s top tier.