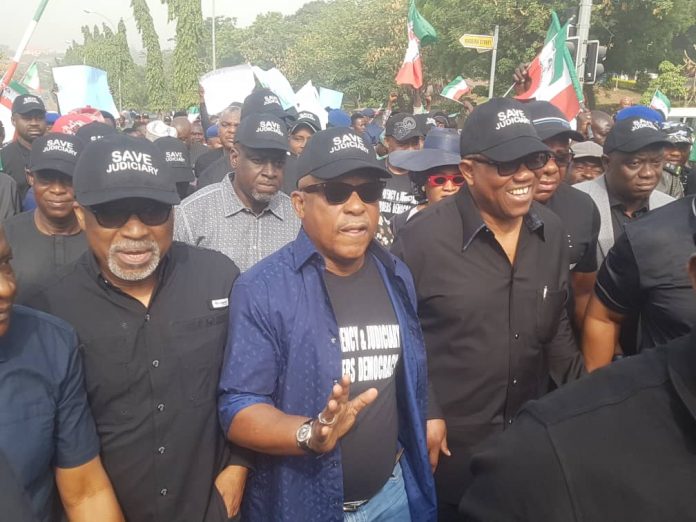 Leaders of the Peoples Democratic Party (PDP) have called for the intervention of the United States, United Kingdom, and the European Union in the judgement of the Supreme Court.

The party leaders made the call on Friday as they continue their protest against the judgement of the apex court which sacked the PDP candidate, Emeka Ihedioha, as the governor of Imo State.

In their number and led by the party’s National Chairman, Uche Secondus, the PDP chieftains stormed the US and UK embassies in renewed protest in Abuja.

Starting from the party’s national secretariat, they walked through some streets of the nation’s capital to the embassies where they submitted their petitions.

My action is guided by law, Malami defends setting up of...