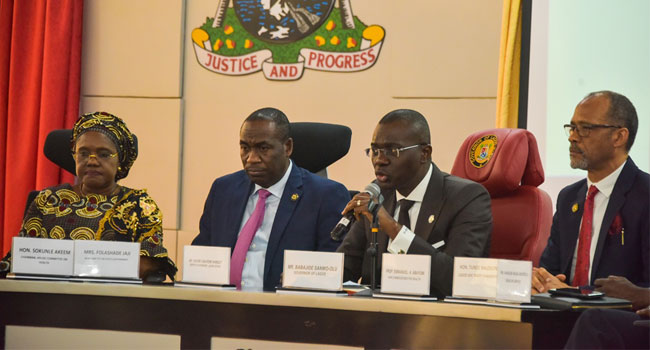 The Lagos State Government has launched an Incident Command System as part of efforts to prevent an outbreak of the fast-spreading Coronavirus in the state. In a statement signed by the Chief Press Secretary to the Governor, Gboyega Akosile, the Commissioner for Health, Professor Akin Abayomi explained that the virus is a new pathogen to the human race and as such, research is still ongoing on how to arrest it.

Abayomi, however, warned residents against rumour-mongering noting that no case of the virus has been found in Lagos. While launching the Incident Command System, the governor, Mr Babajide Sanwo-Olu, said the measure is not to stigmatise citizens of any country but a precautionary one taken in the interest of the people. The command system will have the governor as the Incident Commander while the Commissioner for Health will serve as the Deputy Incident Commander.

Also according to the Governor, other relevant health professionals in conjunction with the Federal Ministry of Health, would be deployed to the Lagos International Airport for a higher level of monitoring. Beyond that, he also assured the public that Government and Non-Governmental Organisations will continue to escalate communication and create public awareness.

PAP says it has produced 121 first class graduates within Buhari’s...

Grassroots Mobilisation: We have the numbers to make ‘Lagos for Lagos’...

Graham Potter: Chelsea boss retains support of the club’s board