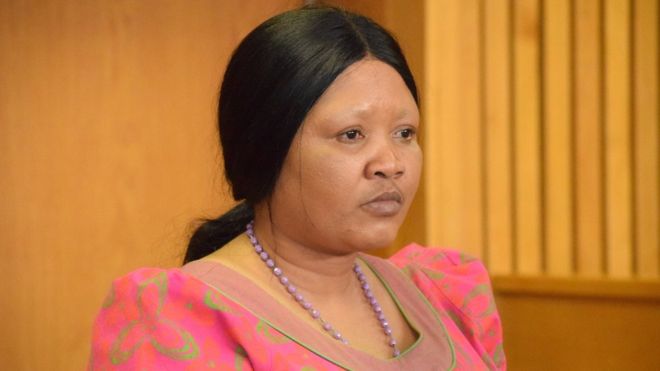 The wife of the prime minister of Lesotho has been formally charged in court with murdering his previous wife. First Lady Maesaiah Thabane has not yet been asked to plead. She surrendered to police on Tuesday for questioning.

Prime Minister Thomas Thabane has also been questioned. His estranged wife, Lipolelo Thabane, was shot dead outside her home in the capital Maseru two days before his inauguration in 2017. The couple were involved in bitter divorce proceedings at the time.

Maesaiah Thabane has also been charged with the attempted murder of Thato Sibolla – a family friend who had been travelling with the deceased at the time.

The case was postponed to 28 February and Mrs Thabane was remanded in police custody. She is expected to apply for bail.