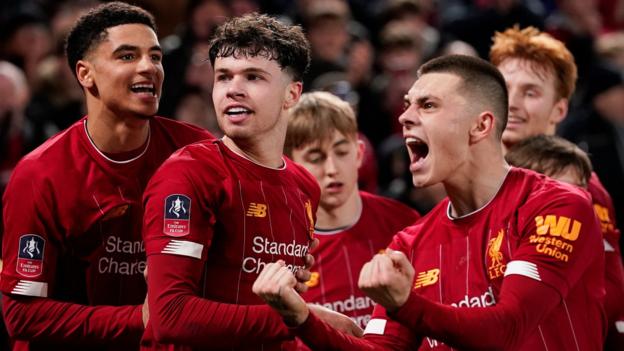 Liverpool’s youngest-ever starting line-up beat Shrewsbury Town to set up an FA Cup fifth-round tie at Chelsea. They edged past the League One side through Ro-Shaun Williams’ own goal.

At 0-0, Shrewsbury had a Shaun Whalley goal disallowed by the video assistant referee (VAR). Whalley thought he had given the Shrews the lead but his header was disallowed when VAR ruled there had been an offside in the build-up.

The visitors had come from 2-0 down to force a fourth-round replay but could not recover after defender Williams headed past his own keeper from Liverpool right-back Neco Williams’ cross.

Lionel Messi: Barcelona striker will ‘end his career’ at club –...