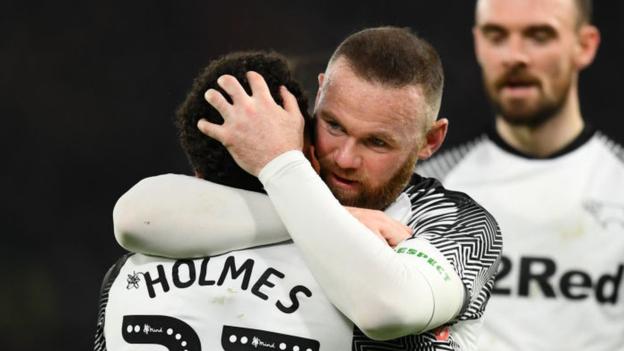 Rooney scored the Championship side’s fourth goal from the penalty spot in Tuesday’s fourth-round replay. The win means Derby will host Manchester United in the week commencing 2 March. “I’m sure he will be ready,” said Cocu. “He’s (Wayne Rooney) going to face the club where he had a wonderful career so of course it is special.”

It will be the first time that Rooney – United and England’s all-time top scorer – has faced his former side since playing for Everton in a 2-0 defeat at Goodison on 1 January, 2018. Playing as a deep-lying midfielder, the 34-year-old has been a key player for Derby since joining Cocu’s side at the start of January.

The Rams have won five and lost just one of the eight games he has been involved in, while his latest goal was his third in as many games for the club.

JUDGE REFUSES TO STOP IGP, AGP ON SARAKI, OTHERS’ PROSECUTION