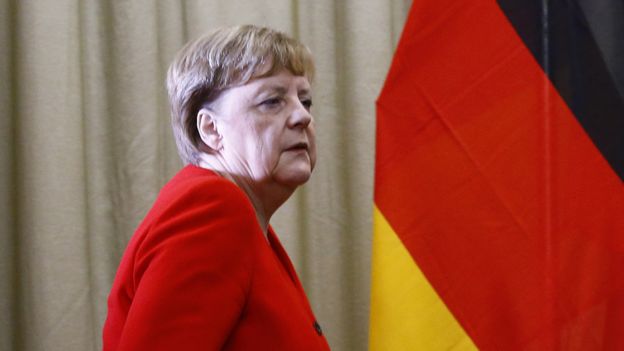 German Chancellor Angela Merkel says the election of a liberal leader in eastern Germany with help from the far-right AfD party is “unforgivable” and must be reversed.

Thomas Kemmerich of the liberal FDP became premier of Thuringia after the AfD, in a surprise move, voted for him. The situation is being described as a political earthquake, as the mainstream parties have always refused to do deals with Alternative for Germany (AfD).

The AfD has broad support in Thuringia. But the state election in October was won by the far-left Die Linke, whose leader Bodo Ramelow was ousted in Wednesday’s vote.

Mr Kemmerich beat Mr Ramelow by 45 votes to 44. Besides the support of the AfD, Mr Kemmerich also got votes from local MPs in his own FDP and Mrs Merkel’s Christian Democrat CDU.