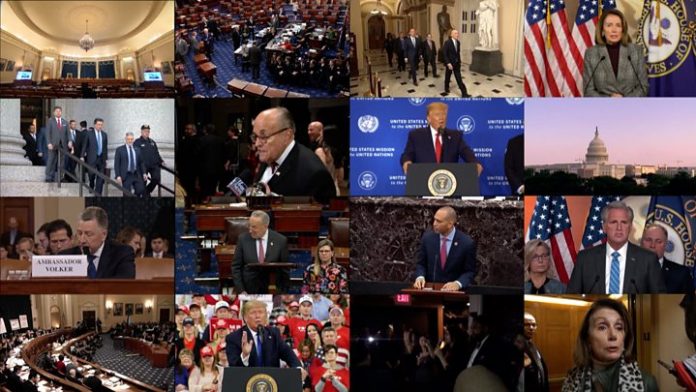 President Donald Trump has been found not guilty in his impeachment trial, ending a bid to remove him from office that bitterly divided the US. The Senate, run by the president’s fellow Republicans, voted to acquit him 52-48 on charges of abuse of power and 53-47 on obstruction of Congress.

Democrats charged Mr Trump in December with pressuring Ukraine to smear a potential White House rival. He will now become the first impeached president to seek re-election. Impeachment allows Congress – the part of the US government that writes and brings in laws – to put presidents on trial. It is a rare event and a political process, rather than a criminal one.

In its historic vote on Wednesday, the Senate decided not to remove America’s 45th president from office on charges arising from his dealings with Ukraine. If convicted on either charge, Mr Trump would have had to turn over his office to Vice-President Mike Pence.

The Democratic-led House of Representatives approved the articles of impeachment on 18 December.

FG approves resumption of passenger flights between Nigeria and UAE

Be neutral or get punished, INEC warns officials ahead of party...