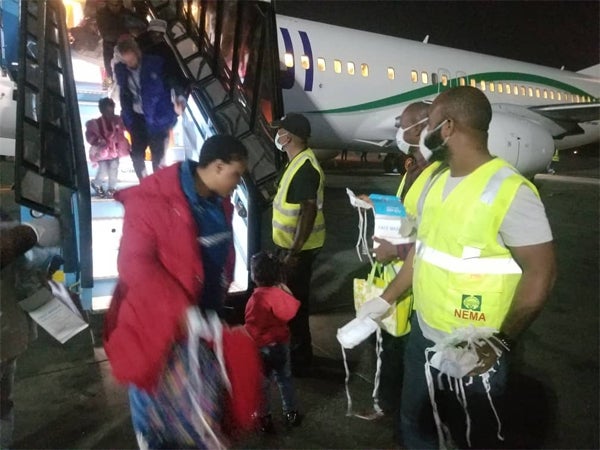 Farinloye said that the Nigerians arrived the Cargo Wing of the Murtala Muhammed International Airport, Lagos, late on Thursday night. According to him, the returnees were brought via Al Buraq Air Boeing 737 aircraft with flight number UZ 189 and registration number 5A-DMG. He said that the Nigerians were brought by the International Organisation for Migration and the European Union on the platform of the Assisted Voluntary Returnees Programme.

Farinloye also said that the returnees comprised of 48 female adults, four female children, five female infants as well as 102 adult males, one male child and one infant male. The News Agency of Nigeria reports that other agencies that received the returnees included the Nigeria Immigration Service and the National Agency for the Prohibition of Trafficking in Persons.

All actions taken by Gov Bello in my absence ‘remain valid’...