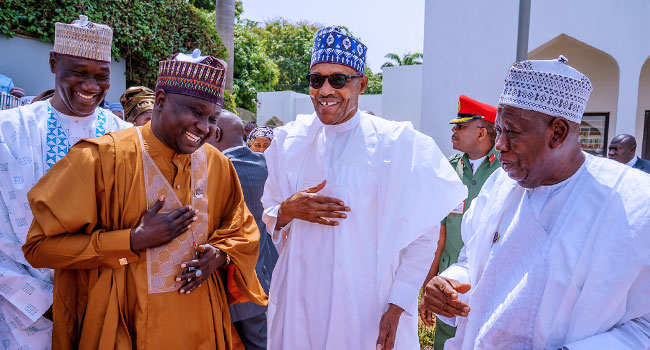 President Muhammadu Buhari on Friday received a delegation from Kano State at the Presidential Villa, Abuja. They were led by the Kano State Governor Abdullahi Ganduje.

Some members of the National Assembly, including Senators and the Majority Leader of the House of Representatives, Alhassan Ado-Doguwa, as well as some community leaders were on the delegation.

Ganduje after the meeting told journalists that they came on a ‘Thank You’ visit to President Buhari for supporting the state by providing infrastructure and security.

He added that Kano State is the most peaceful due to the introduction of technology and cooperation of stakeholders and support of his government.

INEC ‘withdraws all powers’ from REC who ‘resigned’ to join Bayelsa...