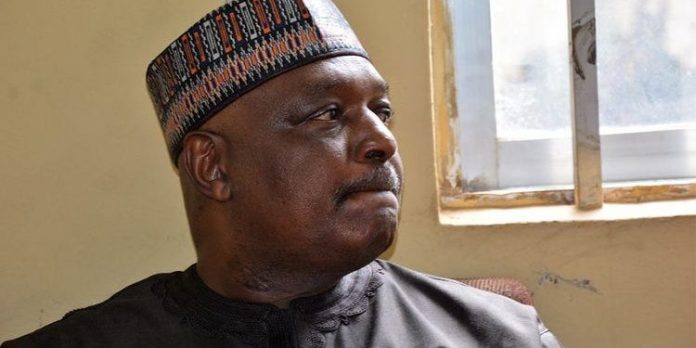 The Supreme Court has affirmed the judgment of the Court of Appeal which sentenced former governor of Taraba state, John Nyame to 12 years imprisonment for breach of trust and misappropriation of public funds.

The Apex Court, however, held that the Appeal court has no right to impose those fines which sum into hundreds of millions, thereby setting aside the fines. Jolly Nyame had earlier appealed the November 16th, 2018 court of appeal judgment which affirmed his conviction by an FCT high court. He approached the Supreme Court to among other things evaluate the evidence with which he was convicted, review his sentences, and verify whether the charges were valid.

The Apex Court, however, affirmed all the decisions of the Appeal Court, except for the fines. The Court of Appeal in Abuja had on November 16th, 2019 ordered the former Taraba state governor, to pay a fine of N495 million for alleged misappropriation of funds while he was governor from 1999 to 2007.

That was after it had reduced the 14-year jail term, earlier imposed on the ex-governor by a High Court in Abuja, to 12 years.

Buhari: I have directed that the suspension of Twitter be lifted...