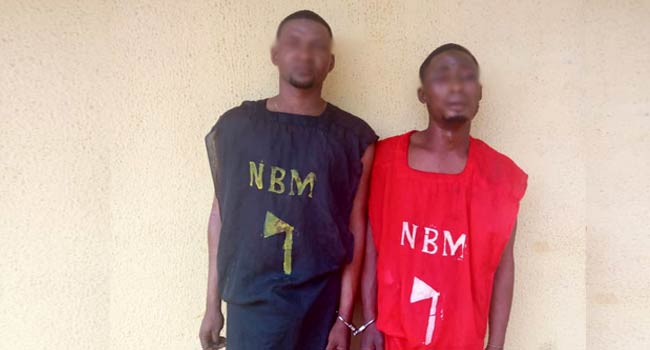 The police in Ogun State have arrested the President of Students’ Union Government (SUG) of the Federal Polytechnic, Ilaro and one other suspect. The suspects identified as Adegboye Emmanuel Olatunji, and Olarewaju Taiwo were arrested on Sunday.

Police Public Relations Officer in the state, Abimbola Oyeyemi, said the SUG President and another member of the cult group were arrested wearing the full regalia of the black axe cult during initiation of new members of the group.

“The president of the Students’ Union Government of Federal Polytechnic Ilaro Adegboye Emmanuel Olatunji and one Olarewaju Taiwo have been arrested by men of Ogun State police command on Sunday 9th of February 2020 for cultism.” he said.

Oyeyemi added that the duo were arrested following information received by police at Ilaro division from members of the public that some group of people suspected to be cultists were sighted in a bush at Gbogidi area of Ilaro where they were trying to initiate new members.