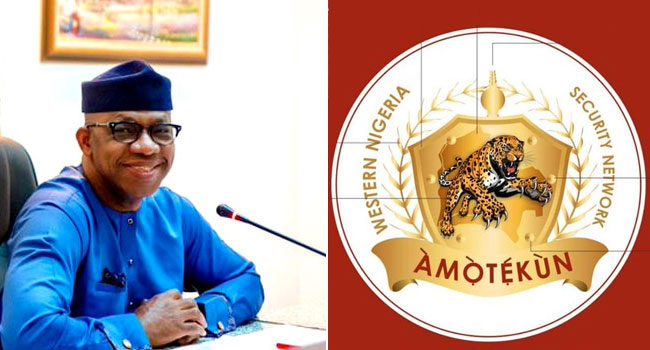 The Ogun State executive council has approved the proposal for the creation of the Western Nigeria Security Network code-named Amotekun, in the state. The approval was given at the State Executive Council meeting which held at the Executive Chamber of the governor’s office, Oke Mosan secretariat in Abeokuta.

The Commissioner for Justice and Attorney General of the State, Adegbolahan Adeniran told journalists at the end of the meeting approval was given after an extensive deliberation that lasted close to 10 hours and presided over by the governor.

He added that the presentation of the bill before the state council followed the earlier approval by the Attorney Generals and Commissioner of Justice of the six Southwest states.

He said further that the Amotekun Corp in Ogun State will be headed by a state Commandant adding that the bill also allows for collaborative efforts between the six Southwest states.

No going back on Lagos4Lagos, group declares