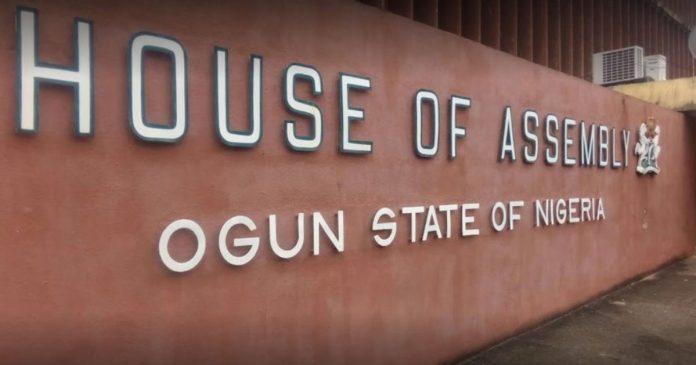 Ogun State House of Assembly on Thursday acknowledged the receipt of correspondence from the State Governor, Dapo Abiodun, conveying the proposed bill on the State Security Network Agency and Amotekun Corps to the legislative arm.

The Speaker of the Assembly, Olakunle Oluomo, while reading the letter from the governor dated 12th February 2020, said the content had been approved at the second meeting of the State Executive Council held on Tuesday, 11th of February, 2020, with a view to maintaining the law and order in the state.

The governor’s letter read, “I forward herewith a bill for a law to establish the Ogun State Security Network Agency and Amotekun Corps to assist in maintaining law and order in the State and for connected purposes as approved at the second meeting of the Executive Council of Ogun State held on 11th February 2020, for the kind consideration and passage of the House of Assembly.”

The speaker pledged that the Assembly would be given a speedy passage into law.

INSECURITY : REPS, STAKEHOLDERS CHARGE POLICE, OTHERS ON SAFETY OF CITIZENS

SGF warns against using his office for false and fraudulent information