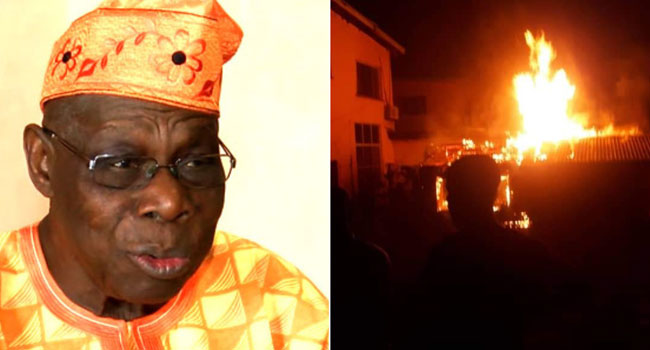 A fire has gutted a house belonging to former President Olusegun Obasanjo. The fire which reportedly broke out on Wednesday night wreaked havoc on the building situated at the Ita-Eko area of Abeokuta, the Ogun State capital.

Witnesses say the fire was caused by a power surge. A source said that a spark that went off after power supply was restored to the building was the cause of the fire. Residents trooped out to assist the domestic workers in the house to put out the fire.

The extent of damage to the building has not been confirmed as cameras were not allowed in and around the vicinity. However, there are reports that the fire only razed a store and not the main building in the former president’s compound.

#JusticeForBamise: Outrage as lady who boarded BRT in Lagos is reportedly...