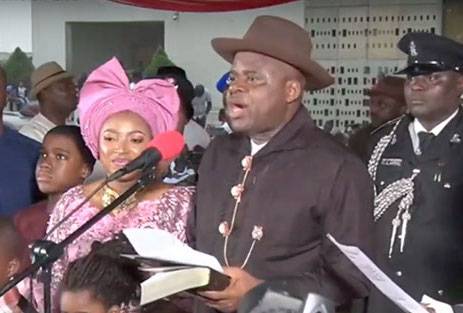 The candidate of the Peoples Democratic Party (PDP), in the 2019 governorship election in Bayelsa State, Senator Duoye Diri, has been sworn in as governor.

His swearing-in comes a day after the Supreme Court sacked the former governor-elect of Bayelsa State, David Lyon, and his Deputy, Biobarakuma Degi-Eremieoyo.

A five-man panel of the apex court led by Justice Mary Peter-Odili ordered the Independent National Electoral Commission (INEC), to withdraw the Certificate of Return that had been issued to the candidate of the All Progressives Congress as the winner of the November 16, 2019 governorship election.