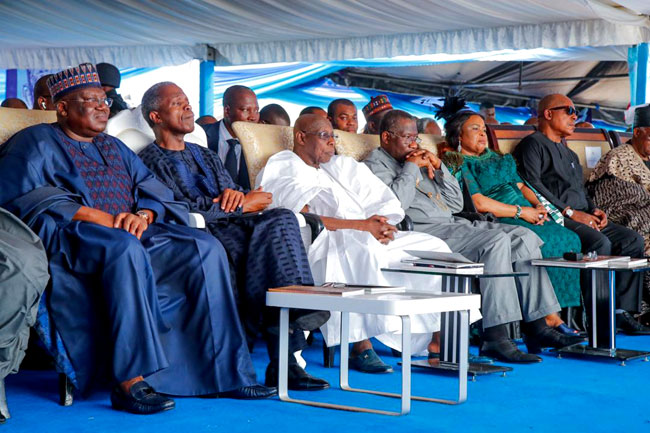 The Vice President, Professor Yemi Osinbajo, as well as former Presidents Olusegun Obasanjo and Goodluck Jonathan, were among the leaders who stormed Akwa Ibom State. The leaders visited the state on Saturday to attend the burial of late Elder Gabriel Emmanuel Nkanang, the father of Akwa Ibom State Governor, Udom Emmanuel.

The Akwa Ibom State Governor, Udom Emmanuel, has lost his father, Elder Gabriel Nkanang. Nkanang died on December 1, 2019, at the age of 90. His burial brought together prominent leaders who shunned their political differences to pay their last respect to the governor’s father. They included the President of the Senate, Ahmad Lawan; as well as the immediate past Senate President, Bukola Saraki, and a host of governors and lawmakers.

CBN orders banks to close all accounts transacting in cryptocurrency