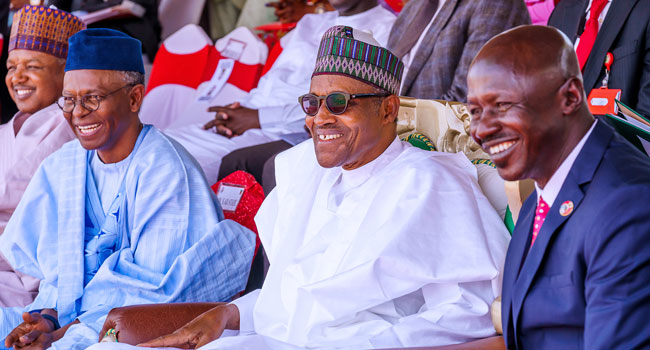 The President has given an assurance that all government financial transactions will be done in the open. President Muhammadu Buhari, who spoke at the Passing Out Parade of Detective Inspector Course Five of the Economic and Financial Crimes Commission (EFCC), noted the various reform agenda implemented by his administration.

“My resolve is to ensure that the reforms are deepened such that there will be no hiding place for corrupt persons and proceeds of corruption,” he told an audience at the event held on Tuesday in Kaduna State.  The President added, “My aim is to ensure that no government financial transaction is done in secret and all are subjected to public scrutiny.

“The objective of this administration is to institute a level of transparency in governance through mainly information technology platforms. “Just as advanced democracies and some developing countries, I am determined that within a short period, citizens would be able to follow core government operations online.”

President Buhari was delighted that his administration had reached the advanced stage in fiscal transparency. He noted that the appropriation bill was uploaded online within hours of its presentation in National Assembly. The President also revealed that the Budget Office of the Federation has been engaging interest groups in the budget cycle.

According to him, a pilot scheme of 10 Ministries, Departments, and Agencies (MDAs) has been test running online, which displays their budgets and expenditure movements.