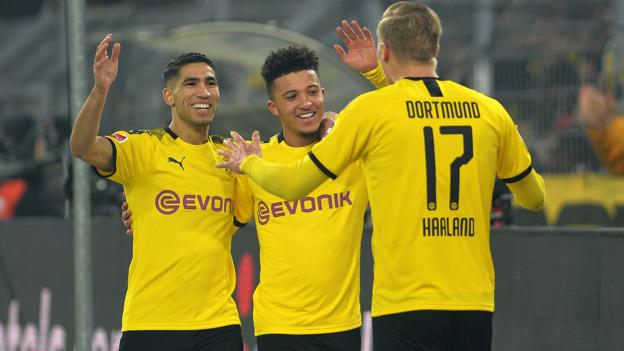 The Norwegian’s remarkable scoring form continued on Tuesday as his two goals gave Dortmund a 2-1 win over Paris St-Germain in the first leg of their Champions League last-16 tie. His latest goals – one a tap-in and the second a thumping strike from 20 yards – mean he has reached double figures in the Champions League four games faster than any other player in the competition’s history, and is the only teenager to reach double figures in a single season.